A message from Terry

I hope you will help out our group in any small way to provide funds for our regional cancer centre in Albury-Wodonga.

Just a small snapshot of my condition and progress from diagnosis (early January, 2020) to July.

January: Diagnosed with metastatic melanoma, basically cancer in most organs and bones (Stage 4), not great.

In the last six months I have spent a lot of my time in and out of hospitals. Due to treatment and side effects I have been at Royal Melbourne Hospital, Peter MacCallum Cancer Centre, Wangaratta Hospital and Albury Wodonga Regional Cancer Centre; at all times the care has been outstanding.

As of now (July) my treatment with immunotherapy has been stopped due to it now attacking my liver.

I have had a good response to it and I’m technically in remission. So I’ve been upgraded from six months (Christmas) to two to five years life expectancy.

This is why I would invite you to join us to help provide support (money) to this very good regional cancer centre, which unfortunately a lot of our family and friends will use.

It’s only with your support that this facility can continue its great work and most of all provide for the care and well-being of the cancer patients in our local area.

I hope you can help. 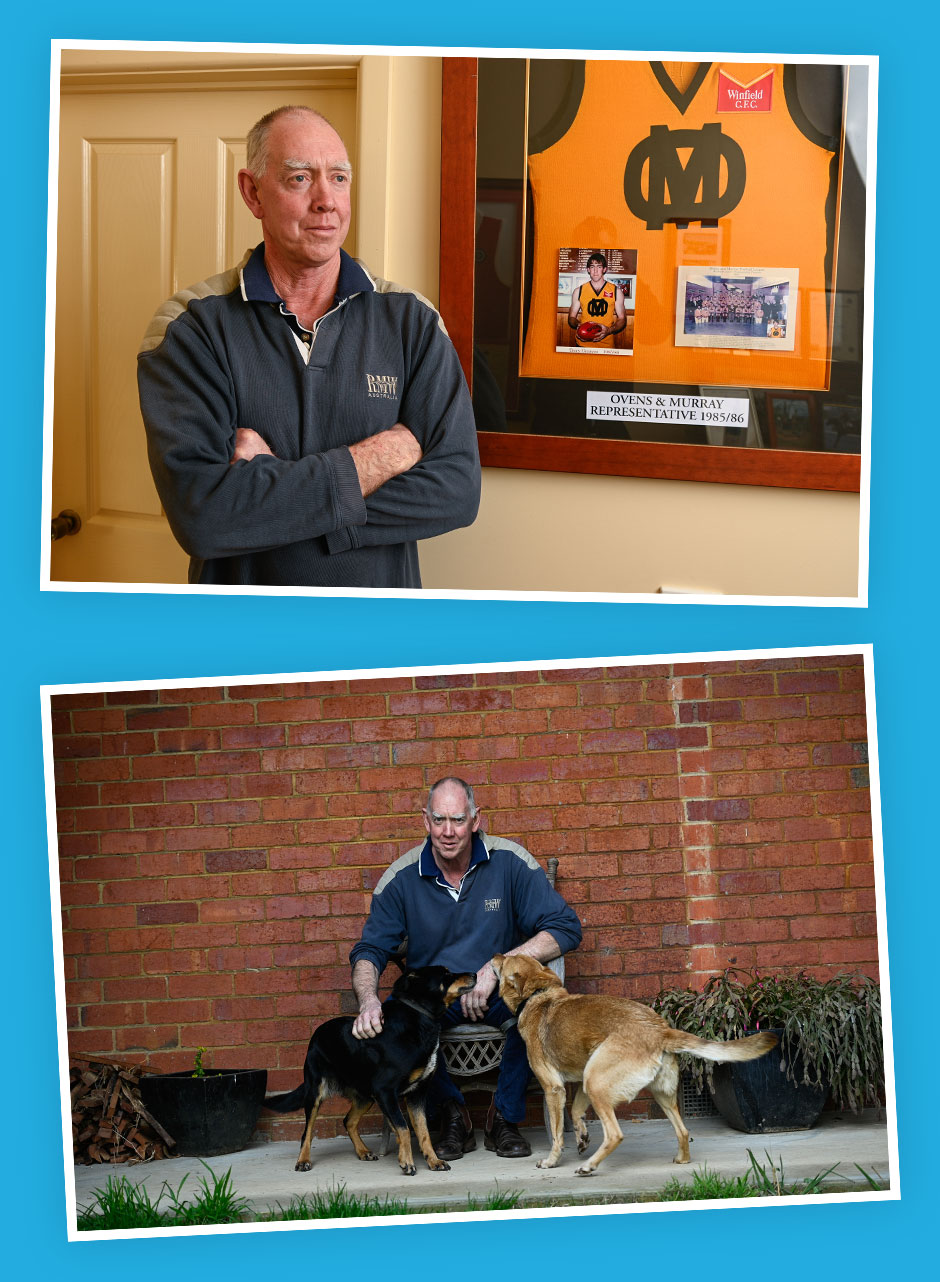 Photos courtesy of The Border Mail

Terry Greaves is one of those people you meet that restores your faith in humanity. He has been a hard worker all his life. Growing up on a farm, he worked as a hay contractor and shearer before undertaking a carpentry apprenticeship in his 30s.

Terry, 59, married Heather back in 1985 and they have raised three wonderful children Clare, Emma and Sean. Heather worked as a nurse and up until January this year, Terry continued to work as a builder. Together they have a beautiful property on the Ovens River at Markwood where they run Murray Greys.

Terry is widely known in the North East Victoria region for his football exploits. A member of the Benalla Team of the Century, he played 225 games across 14 seasons. When Benalla moved to the Goulburn Valley League, Terry played for Wangaratta Rovers and was their oldest ever debutant, earning a place in the senior side at 37.

Terry played at All Blacks, Violet Town, Moyhu and North Wangaratta. At 47, he ended up where he started by coaching Goorambat.

Everywhere he has been, Terry has made lasting friendships as result of his willingness to put in effort, on and off the ground, and be a contributor to that community.

He has a quiet strength, a humility, an honesty and a directness of manner that commands respect.

A simple measure of the man is, despite a challenging outlook, he chooses to direct his energy to fundraising for the Albury Wodonga Regional Cancer Centre.

One more effort at contributing to his community. 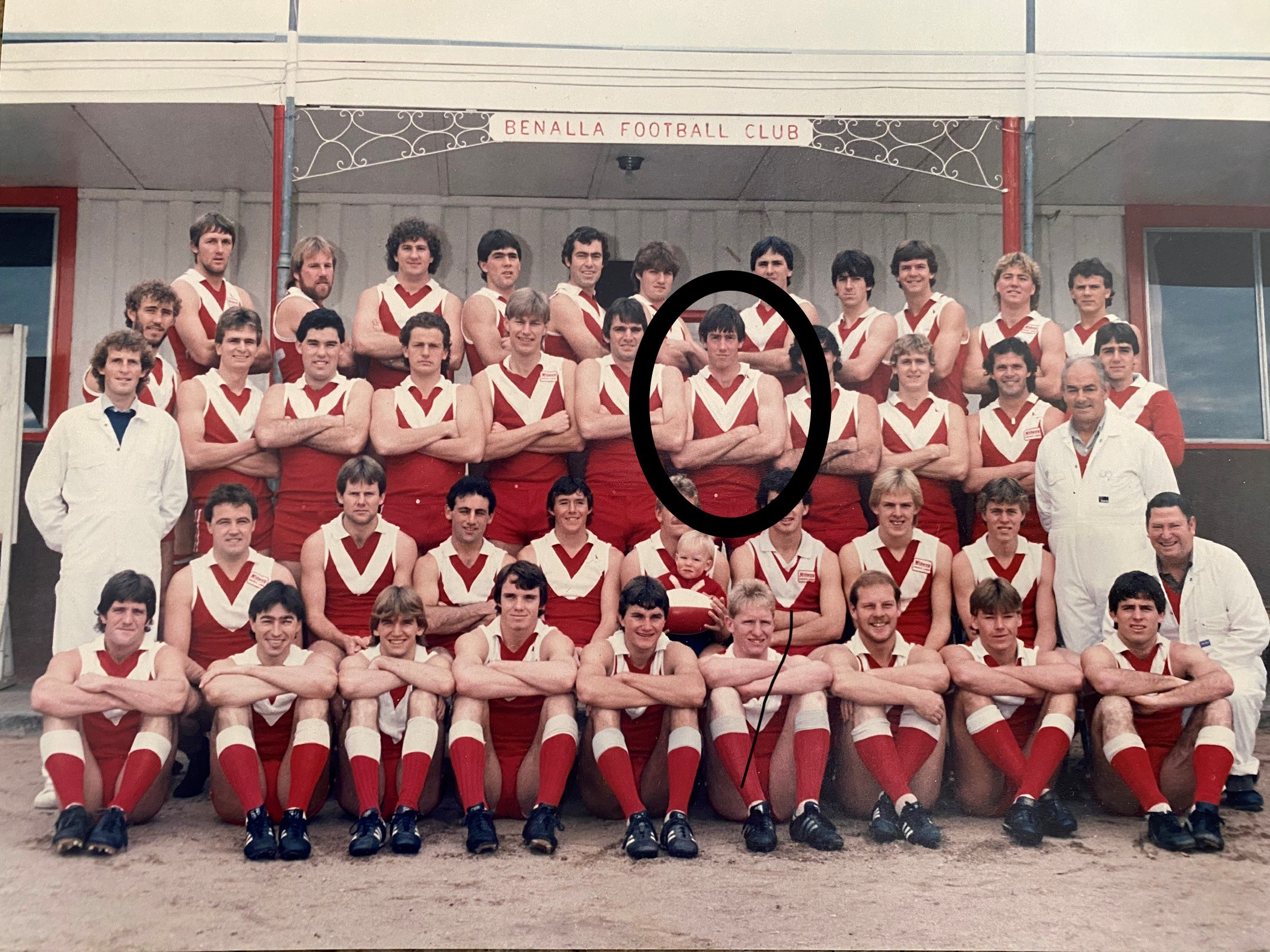